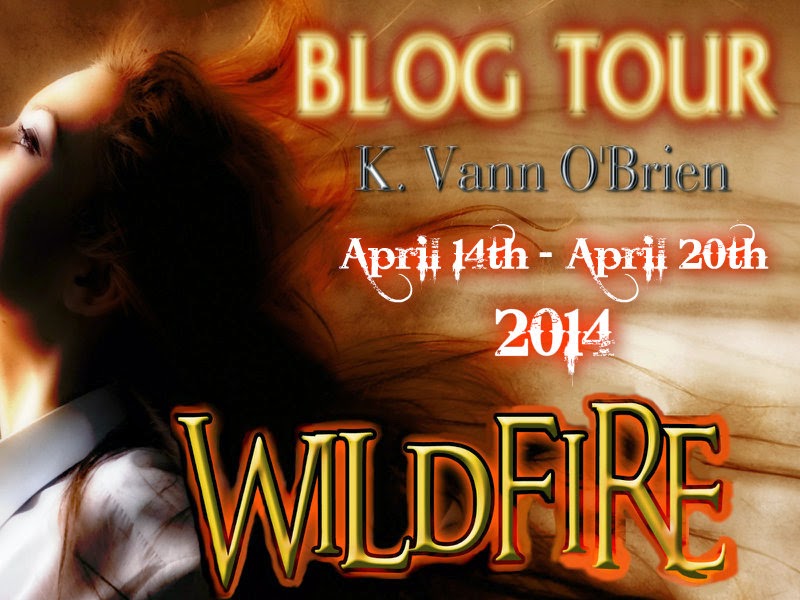 This week we're doing something slightly different, and featuring an author with Bit'N Book Tours. K. Vann O'Brien's new novel Wildfire is taking a stop here on it's blog tour! 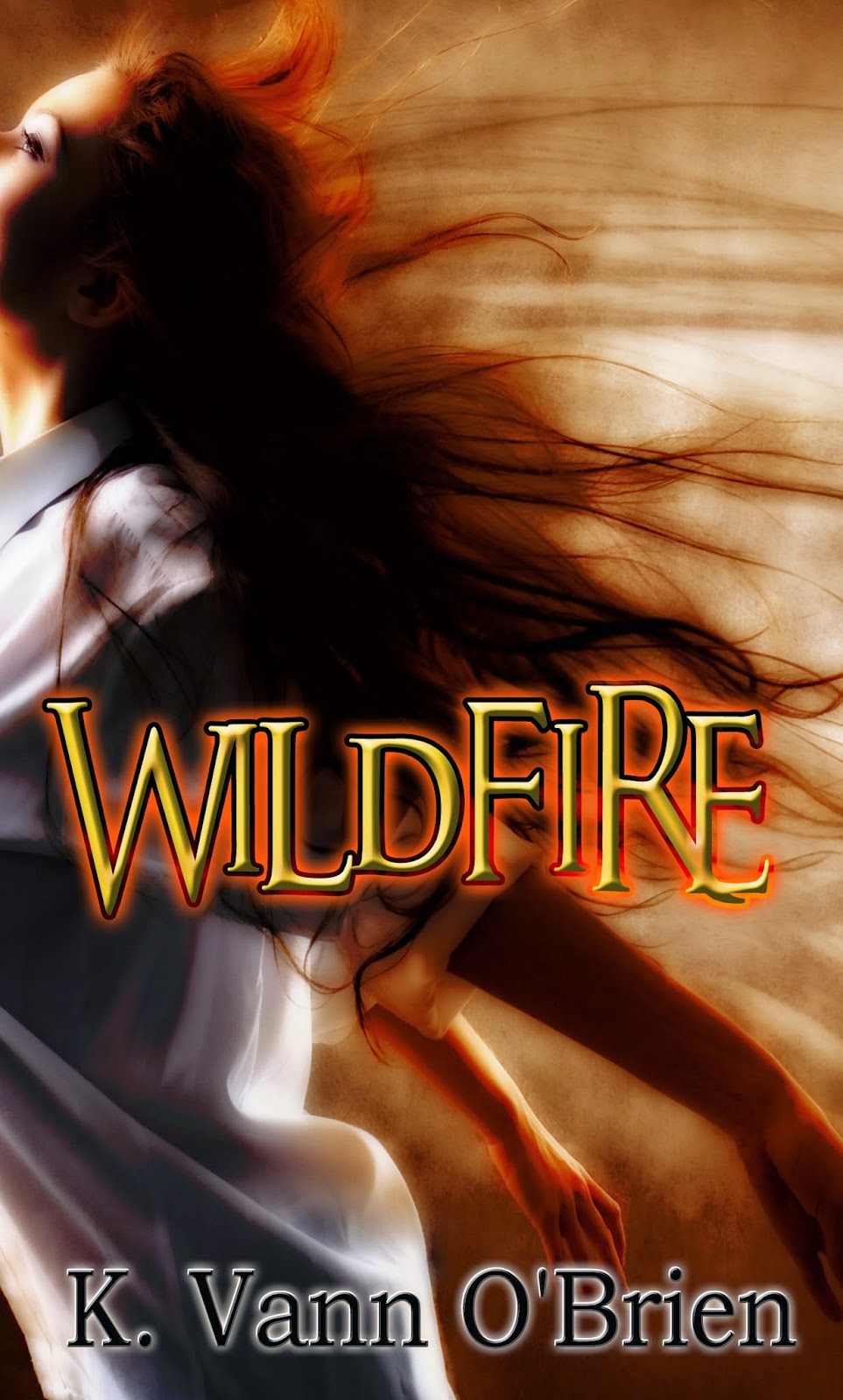 Synopsis:
The summer after her mother dies, Savanna Riera is forced to live in a weathered farmhouse in rural Texas. But as layers of dust are washed from the walls, her mother’s childhood home reveals secrets from the past, riddles everyone in town seems to understand; everyone but Savanna. When a wildfire breaks out across neighboring farmland, the boy next door calls on Savanna to help the victims driven from their homes. Dev is an artist with kind eyes and a fierce painting of her mother on his bedroom wall. But Savanna is drawn to Blake, a reclusive boy with a scar running down his face like a teardrop, who looks at Savanna as if she put it there. The three friends rally to bring relief to the evacuees. But when they face the fire of prejudice, they must rely on each other to get through the blaze unscathed.

The first story K. Vann O'Brien ever wrote was about a balloon. Her fourth grade teacher read the story aloud to the class, and O'Brien realized the power of literature to inspire and delight. And she got a metal. And a cookie. And she quickly determined that all good things come with writing. In middle school she started a novel, which she pitched in high school, deciding she was much too mature for middle school humor. In college she studied Journalism, and started another novel, which warped into many different iterations as she took professional writing jobs to pay the bills after graduation. She's now hard at work on her second novel, which she hopes won't take quite so long to write. 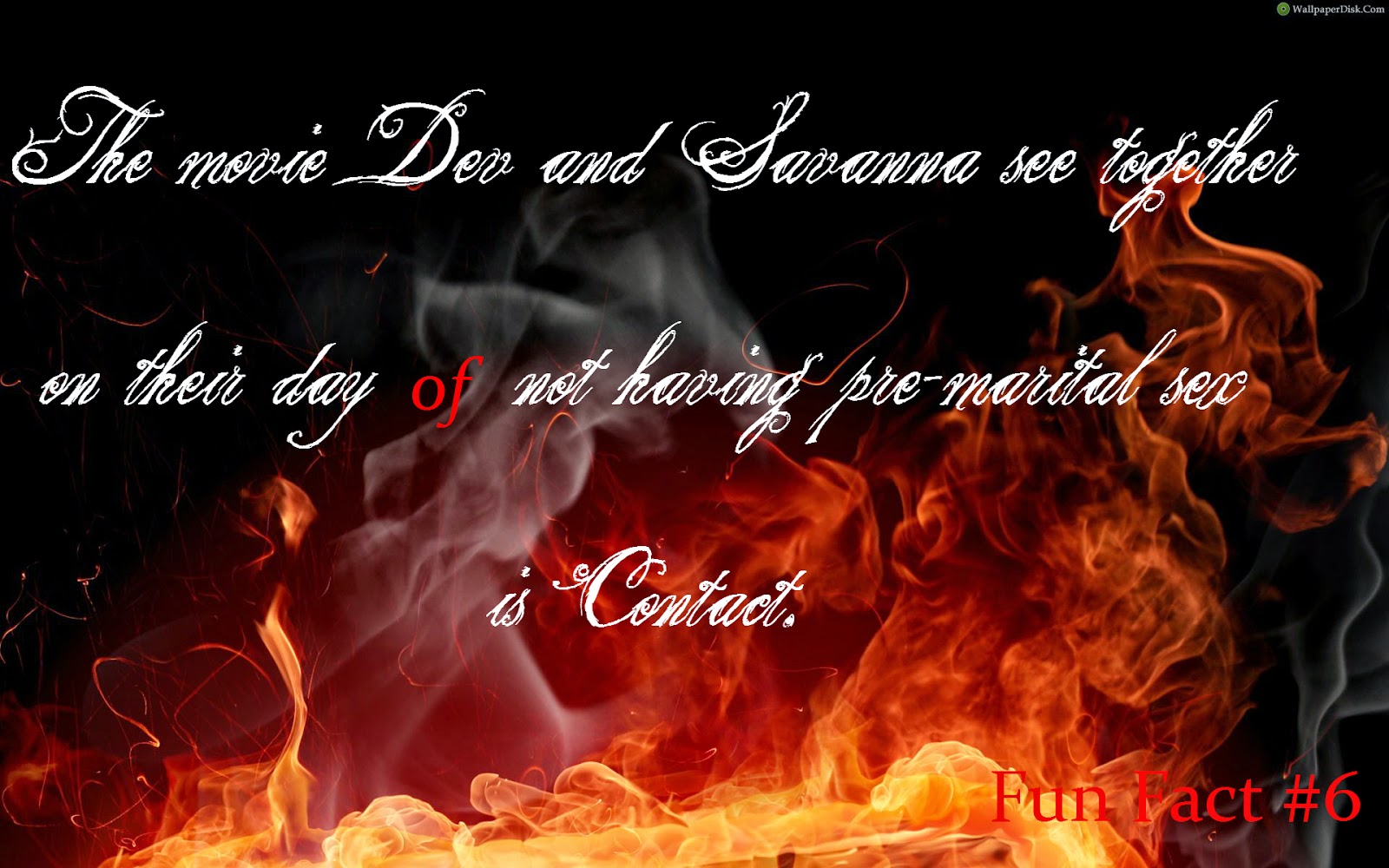 Everyone loves a scavenger hunt so jump aboard and collect the clues to form a hidden message pertaining to Wildfire.  Visit all the blogs touring and look for the word in RED in each scavenger hunt graphic. It is a contest after all, so the first person to get their answer emailed to bitnbooktours@gmail.com wins!  For a full schedule of all the blogs participating go here: http://bitnbooktours.wix.com/bitn#!wildfire/c653

Excerpt: Part Two
“Savanna?”
I whipped around, leaving the cooler on the tailgate.
I didn’t recognize my father at first; he was covered in soot and grime and dripping with sweat.
“Is that you?” he said.  At the sound of his voice, my body instantly filled with warmth and a sweet rush of air.  I ran to him and he wrapped me into a tight hug that made tears sting at the back of my eyes.
“What are you doing here?” he said.  The relief in his voice had changed suddenly into something darker.  I couldn’t respond.  I was afraid deep sobs would burst out if I opened my mouth.  I tried to hold him tighter, tried to squeeze out all the stress I’d felt since the moment he’d left.  The tension between me and Blake, the fight between Jenny and her father, everything that had happened flowed out of me in a rush of tears.
“Hey,” he said, his voice softer now, his arms tightening around me.
Don’t let go, my body screamed.  He seemed to sense that need and held onto me until the tightness in my chest released and the flow of tears waned.
“You know,” he said after I was breathing normally again, “I’m filthy.”
I chuckled and loosened my grip on him.
“Yeah you are,” I said, wiping the tears from my face.
He pulled away, helping to wipe at the wetness on my cheeks.
“And now you are too,” he said.
I looked down at my t-shirt and jeans, which were now covered in damp, dark soot.  We laughed together and the throbbing in my chest slowed to a more even beat.
Suddenly, we heard shouting in the distance.  My father stiffened, turned to look in the direction of the sound and then turned back to me.
“What are you doing here?” the dark tone had returned to his voice.
“We brought you food and water,” I said, gesturing toward Blake’s truck.  My father looked behind me and nodded his head.  I turned to see Blake standing between us and the truck, situating his baseball cap and nodding to my father.
For the second time today, I wondered how long Blake had been standing there watching.
“It’s not safe here,” my father said when I turned back to him.  “You should go home.”
There’s that word again.  Home is not the farmhouse.  But I knew what he meant – home wasn’t here either.  And if it wasn’t safe for me, then he shouldn’t be here either.
“And I don’t want you going back to Walther High School today,” he said.
I frowned and then opened my mouth to protest when he shoved his arm in the air, pointing at the black fog billowing on the horizon behind him.
“This fire is not relenting,” he said.  “It’s spreading faster than anyone imagined.”
“Then we should help them evacuate,” I said.
“No,” my father said, gripping my arms tightly and staring hard into my eyes.  “They have plenty of help, Savanna.  You go home.  Do you hear me?”
My father’s voice cracked and my breath quickened.  I thought about Turner and his large bright eyes. And his mother, lying on her folded cot in the gym, exhausted with worry and grief.  I couldn’t just abandon them.
“Blake, right?”  my father said, looking behind me.
“Yes, sir,” Blake said, stepping closer to us.
“I want Savanna to go home,” my father said with a steady, hard gaze over my head.  “I don’t want her at Walther High School.  Can you promise me you’ll get her home?”
“Yes, sir,” Blake said again, nodding his head and then glancing at me.
What was I, a dog?  Take her home and don’t let her out of the house.  And make sure she doesn’t pee on the carpet.
Annoyance brewed in my chest, but then disappeared when a loud crash sounded across the horizon.  The shouting in the distance started again.  The curling cloud of smoke covered the sky almost completely now and was rolling slowly toward us.
Then suddenly, I saw the fire.
It reached impossibly high in the air, towering over us, its red and orange flames licking upward at the clouds of smoke above.
Firefighters jumped from their cots and started running.  Even Buckley James was running, his round belly bouncing as he held onto his hat with one small hand.
“Savanna,” my father said, cradling my face with his hands.  “You have to go, kid.”
No.
My heart pounded and I gripped my father’s arms a little tighter than before.
Come home with me.
Tears welled in my eyes.  I held tighter to his shirt.
He kissed me on the forehead and then pulled away.
I grabbed at him but missed.  I stumbled forward, reaching for him, but suddenly I was being held back.  Blake had locked onto my arms from behind.  He was saying something soft in my ear but I couldn’t hear him.  All I could hear was the blood rushing in my veins and the screaming in my head.
Come back!  Please come back!
But he didn’t.
He didn’t even turn around as Blake pulled me toward the truck.
Somehow, Blake managed to open the passenger door and stuff me into the truck, all without my help.  All I could do was watch my father’s back.


I didn’t look away until he disappeared into the depths of grey, churning smoke.

Giveaway embed code:
a Rafflecopter giveaway
Posted by Unknown at 9:22 AM