Fire of the Sea by Lyndsay Johnson

This week I have had the pleasure of reviewing Fire of the Sea, and participating in its blog tour. If you haven't heard of this book, it was certainly a beautifully done novel  with some unique elements I enjoyed. Below is my review and rating, and best of luck Lyndsay with the rest of your tour. 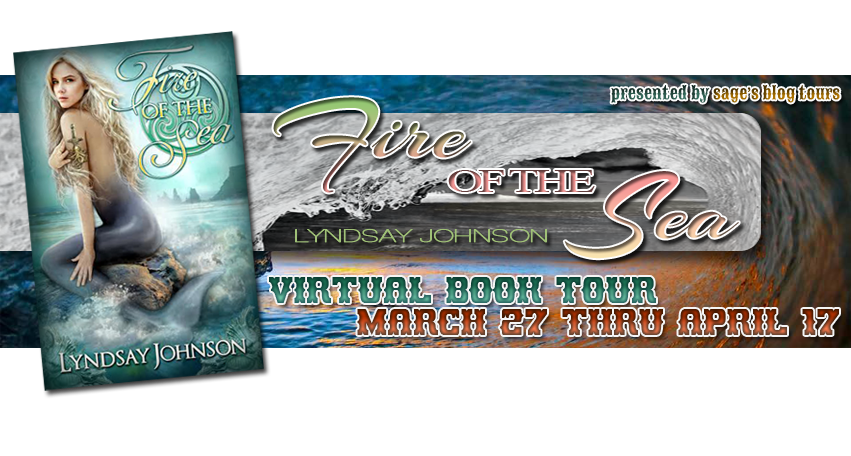 Sharp, sleek, and golden. Like the dagger she has worn since childhood, eighteen-year-old Aeva is all three of these things. But there is something else that this mermaid and her prized weapon share – they are both hunted.

Hidden within the caves off Iceland’s dark shore, Aeva waits to take her place as the next ruler of the Meriads. But when Aeva uses her potent and alluring song to save a drowning human, she disrupts a delicate balance. Realizing she has unexpectedly bound herself to Gunnar, Aeva is torn between duty and love.

Aeva severs one life to begin another, and soon finds herself not only rejected by the sea, but also stalked by an old enemy. As the worlds of myth and man intertwine, Aeva will challenge fate to protect her own sacred relic and the man she loves.

But legends and lies cast an intricate net. With time and safety quickly unraveling for Aeva and Gunnar, there is only one clear course: Find and defeat Delphine before she can shift again.


I'll be honest, I've read a lot of mermaid stories lately, and I can be a tough critic when it comes to them. My favorite stories are ones that defy norms and bring their own unique twist to the traditional, and Fire of the Sea managed to do this. While there were a few elements that felt a little cliche, Lyndsay Johnson's beautiful writing and engaging story kept me reading in the end. If you love a good mermaid story, I think I'd add this to the list.

Aeva is a strong female character, destined to become a ruler once she comes of age. But she saves a human, and threatens to ruin everything. Becoming an enemy of the sea, she must find a way to right the balance or leave the ocean forever. Yet the bond she created with the man she saved cannot be abandoned, aiding her choice.

Some of these elements will feel a little "been there, done that", especially if you've recently read or watched any version of The Little Mermaid. Cut and dry: mermaid saves guy from drowning, falls in love, leaves the ocean to be with him. It is hard to shake that initial "fairy-tale retelling" sort of vibe. Yet the book has it's own unique elements, especially by bringing Selkies/Selurs into the mix, and embracing elements of Norse mythology. Even if it were a straight retelling, it would have been a new enough take on things to keep my interest.

I like Gunnar, and while Aeva and him seem to fall in love really fast, it makes sense with the story line. He seems cautious about the whole experience, and more realistic than some love interests I've seen in books. Aeva's friends are unique as well, and while I miss the during the second half of the book, I still felt they were fleshed out and didn't feel static like some minor characters end up being.

The story itself is well paced, and it was easy to read in just a couple of sittings. Overall it would be a good summer read if you like a good fantasy. 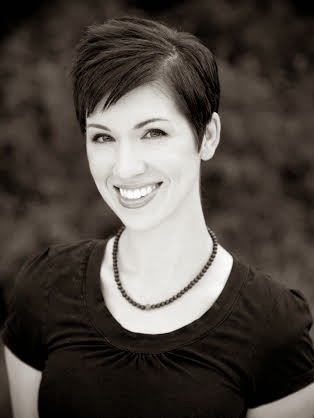 Lyndsay grew up in the wide expanses of Texas, where the only thing stronger than the accents was the state pride. An over-active imagination, tale-telling father, and encouraging librarian mother lead to her love of all things creative.

When it comes to books on her bedside table, young adult lit has always been a favorite (Blue Balliett, Libba Bray, and Stephenie Meyer, to name a few.) But it was actually an old, yellowing copy of Scandinavian Folk and Fairy Tales that planted a particularly relentless seed. Shapeshifters and sea nymphs began forming the seed of an idea that would eventually grow into Lyndsay’s debut novel, Fire of the Sea.

When she is not writing, you can find Lyndsay spending time with her family in the Rocky Mountains of Utah. She enjoys sitting in dark theaters, trying new gluten-free recipes, watching breaking storms over the peaks out her window, and secret naps.