Hi guys! I got a chance to participate in the Zeus is Dead Blog Tour, so this post is going to include some extra fancy promotional stuff that may make this post longer than normal. Before we get to all that fun though, here is your normally formatted review to kick things off:

You probably saw the press conference. Nine months ago, Zeus's murder catapulted the Greek gods back into our world. Now they revel in their new temples, casinos, and media empires—well, all except Apollo. A compulsive overachiever with a bursting portfolio of godly duties, the amount of email alone that he receives from rapacious mortals turns each of his days into a living hell.

Yet there may be hope, if only he can return Zeus to life! With the aid of Thalia, the muse of comedy and science fiction, Apollo will risk his very godhood to help sarcastic TV producer Tracy Wallace and a gamer-geek named Leif—two mortals who hold the key to Zeus's resurrection. (Well, probably. Prophecies are tricky buggers.)

Soon an overflowing inbox will be the least of Apollo’s troubles. Whoever murdered Zeus will certainly kill again to prevent his return, and avoiding them would be far easier if Apollo could possibly figure out who they are.

Even worse, the muse is starting to get cranky.

Discover a world where reality TV heroes slay actual monsters and the gods have their own Twitter feeds: Zeus Is Dead: A Monstrously Inconvenient Adventure!


If there is an award for being the most well-researched smart-ass, I think Michael G. Munz would take the prize. And I mean that with the most adoring and praise-inducing admiration I can manage. While I'll try not to polish the author's ego too much, this book quickly rose through my level of favorites with it's wit, geekiness, and careless disregard of the ever prevalent fourth walls; Zeus is Dead is clever, yet entertaining in a manner that made it hard to put down. If you like Greek Mythology, humor, and ridiculous plot lines common in stories like Monty Python or Space Balls, you might like this book. It may be a love it or hate it sort of project, but I thankfully was one of the former readers.

Now that I've gushed a little bit, and possibly lost a few readers for using the term "smart-ass" in my review, I guess I should take some time to actually talk about the work. The first thing I should probably warn you is this is not a "linear" sort of story-line. If you want to go from point A to point B, this may not be the book for you. Part of the fun of this story is the careless side-trips we encounter along the way. One minute you're talking about the gods return to power, the next a clumsy, poorly trained ninja is tripping in the forest and being rewarded with glitter paper. While the main characters are important, so is some of the silly none-sense thrown in on the side. I'd liken some of the side-trips to the book Stardust; you never know what will turn out to be relevant later.

This book works because it embraces the ridiculousness. Yet, there is still a story that carries you through it. There are a few moments of language and poking fun that happen that may offend a few readers, but it is a story involving Greek gods, so that may be a given in those aspects. To be honest, there were probably some jokes that went over my head at times, but I never felt to bogged down by them. It was fun, yet balanced, which is something that is pretty difficult to manage. I liked that the gods in this story were still "human" on many levels. They didn't feel fearfully overpowered, their misadventures kept me entertained, as well as their modern adaptions in comparison to their more historical counterparts. It really did bring a fresh twist to some old subject matter.

And adorable kitten monsters of death. Can I keep one?

This is one of those books that is less about the ending, and more about the journey along the way. I'm not sure I wanted to reach the end, to be honest. I was having a little too much fun giggling along the way. 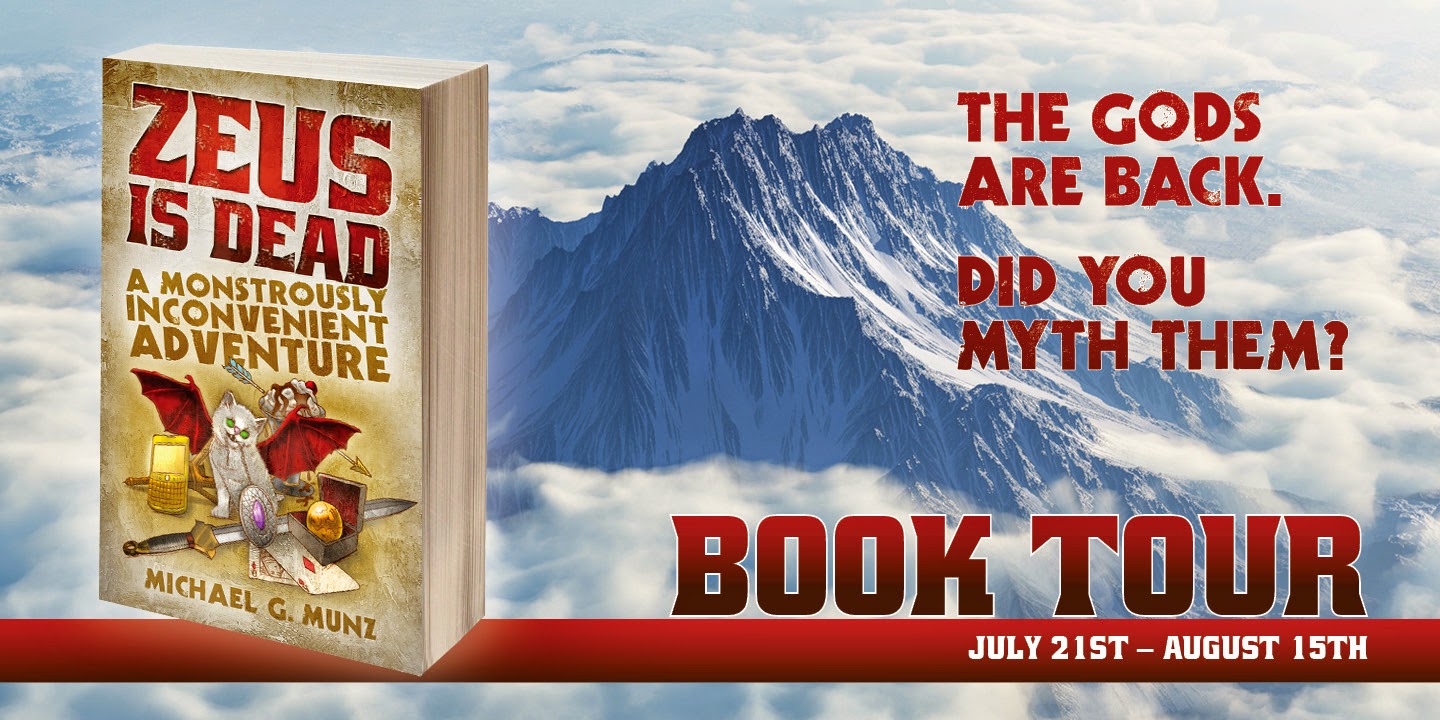 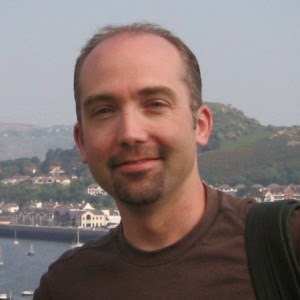 An award-winning writer of speculative fiction, Michael G. Munz was born in Pennsylvania but moved to Washington State in 1977 at the age of three. Unable to escape the state’s gravity, he has spent most of his life there and studied writing at the University of Washington.
Michael developed his creative bug in college, writing and filming four exceedingly amateur films before setting his sights on becoming a novelist. Driving this goal is the desire to tell entertaining stories that give to others the same pleasure as other writers have given to him. He enjoys writing tales that combine the modern world with the futuristic or fantastic.
Michael has traveled to three continents and has an interest in Celtic and Classical mythology. He also possesses what most “normal” people would likely deem far too much familiarity with a wide range of geek culture, though Michael prefers the term geek-bard: a jack of all geek-trades, but master of none—except possibly Farscape and Twin Peaks.
Michael dwells in Seattle where he continues his quest to write the most entertaining novel known to humankind and find a really fantastic clam linguine.
Find out more about him at michaelgmunz.com. While there, it wouldn't hurt to get a FREE copy of Mythed Connections, the spiritual prequel to Zeus is Dead.

Ordering Information
ZEUS IS DEAD: A Monstrously Inconvenient Adventure
By Michael G. Munz
Paperback price: $20.95
eBook price: $4.99
• Available on Amazon.com in Kindle and paperback versions
• Available on BarnesandNoble.com in Nook and paperback versions
• Title is available internationally – please contact us directly if you do not see it on your preferred book purchase website
• Discounts or customized editions may be available for educational and other groups based on bulk purchase
• For further information please contact info@booktrope.com